The Pigeon Island Marine National Park (PIMNP) was declared a marine national park in the year 2003 and is one of the best places to witness Sri Lanka’s stunning marine fauna. The park is made up of two islands, namely “Pigeon Island” and “Crow Island”  and a few rocky islands surrounding them.  Pigeon Island being the larger of the 2 islands, and having a fringe reef around it of depths less than 5 – 6 m, offers the best snorkeling in the area, so it’s no surprise that’s where all the action is. A few ardent divers sometimes visit the smaller Crow island whose deeper reefs are better suited for diving escapades.

Lying only 2 km from the tranquil shores of the Nilaveli beach, one can easily hire snorkeling equipment and a boat to Pigeon Island at the park ticket office counter. The island is quite small an unevenly eroded giving it a dumbbell like appearance with two rocky heads to the West and the North-East separated by a small sandy strip which creates a small cove shaped beach on the Northern side of the island and long beach on the Southern side.  The boats drop you off at Southern beach right next to a Department of Wildlife Conservation (DWC) hut, where you can leave your valuables (if you must) while you explore the reef. END_OF_DOCUMENT_TOKEN_TO_BE_REPLACED

Grey Langurs at the famous Ruwanweliseya stupa in Anuradhapura, guardians of a land as old as time.

Sigiriya needs no introduction. Today the name of this UNESCO world heritage site is famous among so many people around the world, and is even considered to be the 8th wonder of the world by some.

END_OF_DOCUMENT_TOKEN_TO_BE_REPLACED

Although rapidly becoming a sensation among nature enthusiasts and adventure sport buffs of Sri Lanka and around the world alike, the potential that Kithulgala has in the lines of ecotourism is still untapped. The unique experiences I have had and the unparalleled beauty that I have witnessed in Kithulgala, throughout a mere one and a half years that I spent there, working with the tourist industry has left a lasting impression in my heart and ensured that it will forever be my favourite place in Sri Lanka. END_OF_DOCUMENT_TOKEN_TO_BE_REPLACED

On one of my recent travels to Anuradhapura, as we had nothing much to do in the evening, decided to climb the Mihinthale rock to watch the sunset. Turned out that we were not the only ones who had that idea. END_OF_DOCUMENT_TOKEN_TO_BE_REPLACED 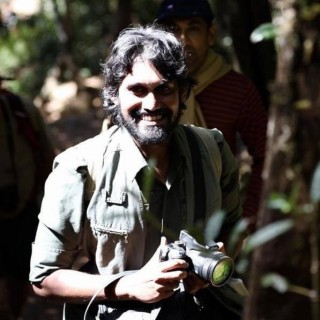 My name is Damian, and I'm the founder and CEO of "Walking with Wolves", a tour operating company specializing in organizing nature, wildlife & adventure sport tours, based in Sri Lanka. I am also a nature/ wildlife photographer, yoga instructor and an avid outdoor explorer.

Join 1,223 other followers
Follow Walking with Wolves on WordPress.com